Loving Life with… Running in Skinners!

If anyone thinks running is boring, try running at MBS! I’m lucky enough to work near MBS and I started running there either before or after work to train for various half-marathons.

Looks at the gorgeous sunrise! It’s really not easy to see a nice sunrise in Singapore, but one early morning run in April left me breathless.

It’s much much more awe-inspiring in real life! My lousy photo-taking skills really do the actual sunrise no justice at all.

That’s Jake and me running in our skinners! Ever since my brother got me to read “Born to Run” by Christopher McDougall, I’m sold on the benefits of barefoot running. But no way I’ll be able to withstand actual barefoot running, so skinners seem to be the answer!

It pretty much looks like a pair of socks with soles. Unlike the soles of sports shoes which are able to absorb the shock as your feet hit the ground, the thin soles of skinners basically forces you to run correctly: landing on the balls of your feet instead of the heel.

Landing on the heels is the main cause of many running injuries. Go google it.

By sheer luck, I’ve already been running in Nike Zero before skinners. Nike Zero has one of those thin soles but still does absorb shock. And having listened to my brother’s advice to run landing on the balls months ago, it didn’t feel too weird transiting to skinners.

My ankles felt a little strained after my first run in skinners though. So take it easy in the beginning.

I definitely felt much more shock running in skinners, but that’s to be expected. Running across various terrains feels very comfortable. As long as there’s no rocks around lol. The running route at MBS is pretty much run-friendly though. Maybe one day if I go Bukit Timah, I’ll write about my experience again lol.

After about 4 months, you can see a bit of wear on the sole. But I figure my pair should last me for quite awhile more. 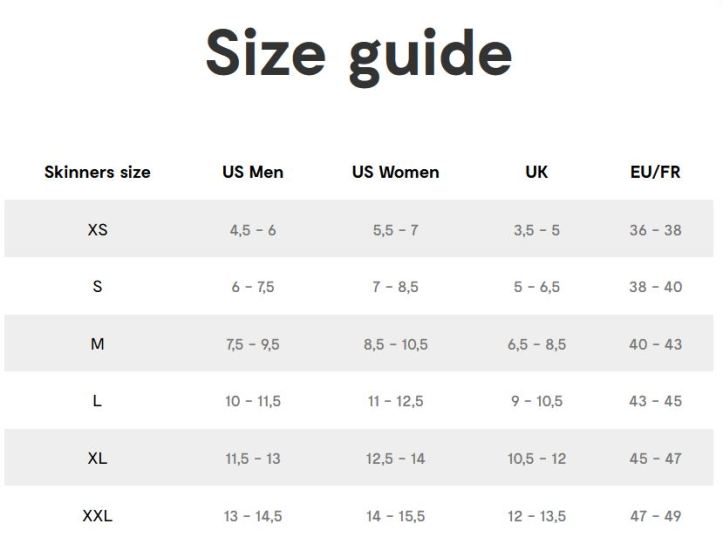 Unfortunately, I’m US 7 and couldn’t decide which pair to get. Decided to get XS hoping that it will expand after awhile. Nope, my toes still feel cramped in my current pair. Will get S next time.

And it definitely takes up much less space in my bag than a pair of sports shoes!

By the way, this is not a sponsored review of skinners. I got it because I’m fascinated by the benefits of barefoot/ minimalist running.

Currently Run Minimal (https://www.runminimal.sg/products/skinners-revolutionary-ultraportable-footwear) is selling it at $90/pair with free shipping. Much cheaper than sports shoes!